THIS IS AN AUTHENTICALLY AUTOGRAPHED PHOTO BY CESAR ROMERO... THIS IS A 8 INCH BY 10 INCH BLACK AND WHITE PHOTO SIGNED BY CESAR ROMERO. CONDITION OF THE PHOTO AND AUTOGRAPH IS VERY GOOD. Cesar Julio Romero, Jr. (February 15, 1907  January 1, 1994) was a Cuban American film and television actor, best known for his portrayal of The Joker in the 1960s television series Batman. In 1966, the show was transferred to movie theaters, and Romero became the first actor to portray the Joker in a motion picture. 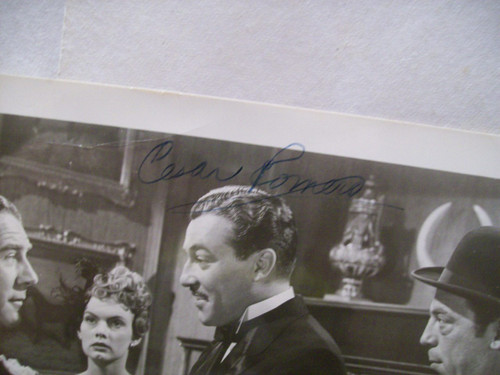