This item is an 8" X 10" color photo of weatherman Al Roker.Albert Lincoln "Al" Roker, Jr. (born August 20, 1954) is an American television weather forecaster as well as an actor and book author. He is best known as being the weather anchor on NBC's Today.On Monday, July 20, 2009, he began co-hosting his morning show, Wake Up with Al, on The Weather Channel, which airs weekdays from 6am to 7am ET, now 5:30-7:00 one hour earlier than Today. He holds an expired American Meteorological Society Television Seal, #238. Writing with Dick Lochte, Roker began a series of murder mysteries in 2009 that feature Billy Blessing, a celebrity chef turned amateur detective. The second book in the series, The Midnight Show Murders (2010), was nominated for a 2011 Nero Award.The photo has been autographed on the front by Al Roker..................BOTH PHOTO AND AUTOGRAPH ARE IN VERY GOOD CONDITION. 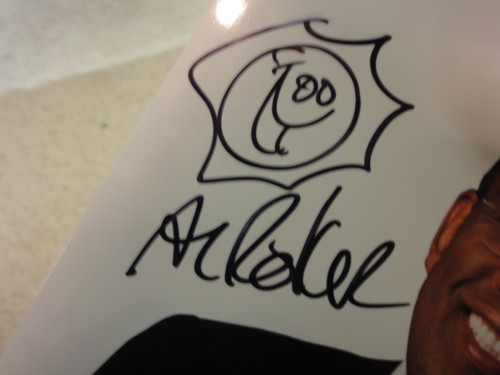