This item is an 11" X 14", 24 page color concert souvenir program featuring Lionel Richie from 1984. The concert program is loaded with color photos of Lionel Richie.After leaving the Commodores, Lionel Richie became one of the most successful male solo artists of the '80s, arguably eclipsed during his 1981-1987 heyday only by Michael Jackson and Prince. Richie dominated the pop charts during that period with an incredible run of 13 consecutive Top Ten hits, five of them number ones. As his popularity skyrocketed, Richie moved farther away from his R&B origins and concentrated more on adult contemporary balladry, which had been one of his strengths even as part of the Commodores. After 1987, Richie fell silent, taking an extended break from recording and touring before beginning a comeback toward the tail end of the '90s. The concert program has been autographed on the front cover by Lionel Richie.........BOTH CONCERT PROGRAM AND AUTOGRAPH ARE IN VERY GOOD CONDITION. 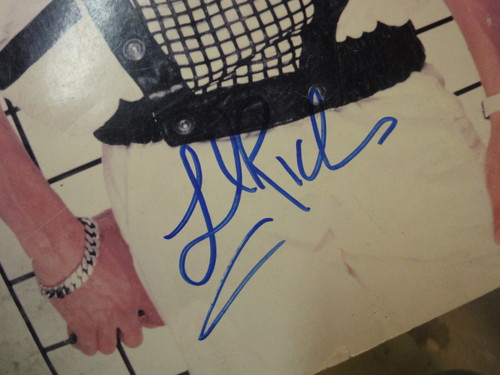