This is an authentically autographed Playbill by Cyril Ritchard... Playbill-1961-The Happiest Girl In The World-Photo cover is signed by Cyril Ritchard, condition of the magazine and autograph is VERY GOOD Cyril Ritchard (1 December 1897  18 December 1977) was an Australian stage, screen and television actor, and director. He is probably best remembered today for his campy performance as Captain Hook in the Mary Martin musical production of Peter Pan. 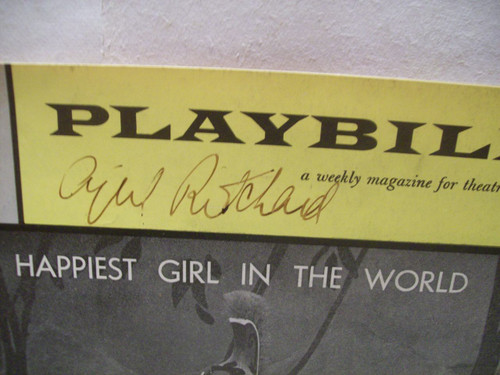