THIS IS AN AUTHENTICALLY AUTOGRAPHED PHOTO BY ADAM RICH... THIS IS A 7 INCH BY 9 INCH BLACK AND WHITE PHOTO SIGNED BY ADAM RICH WITH ORIGINAL BYLINE. CONDITION OF THE PHOTO AND AUTOGRAPH IS VERY GOOD. Rich is best remembered for his role as the youngest son, Nicholas Bradford, on the television series Eight is Enough, which ran for five seasons, from 1977-1981.[2] After leaving that show, he made guest appearances on The Love Boat, CHiPS, Fantasy Island, The Six Million Dollar Man, St. Elsewhere and Baywatch. He had a role in Irwin Allen's short-lived TV series Code Red.[3] He also did voice work on the cartoon series Dungeons & Dragons, along with Eight is Enough co-star Willie Aames. 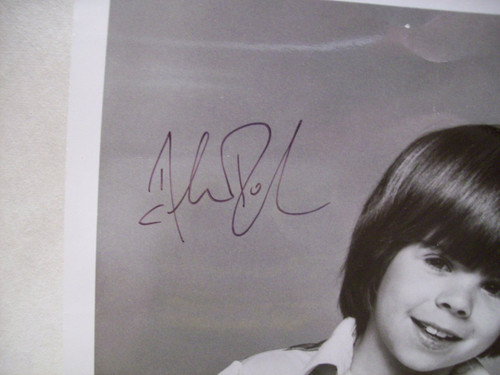