THIS IS AN AUTHENTICALLY AUTOGRAPHED PHOTO BY ROB REINER... THIS IS A 8 INCH BY 10 INCH BLACK AND WHITE PHOTO BY ROB REINER. CONDITION OF THE PHOTO AND AUTOGRAPH IS VERY GOOD. Robert Norman "Rob" Reiner (born March 6, 1947)[1] is an American director, producer, writer, and political activist. As an actor, Reiner first came to national prominence as Archie and Edith Bunker's (played by Carroll O'Connor and Jean Stapleton, respectively) son-in-law, Michael "Meathead" Stivic, on All in the Family. That role earned him two Emmy Awards during the 1970s. As a director, Reiner was recognized by the Directors Guild of America (DGA) with nominations for Stand by Me, When Harry Met Sally..., and A Few Good Men. He was trained at the UCLA Film School. 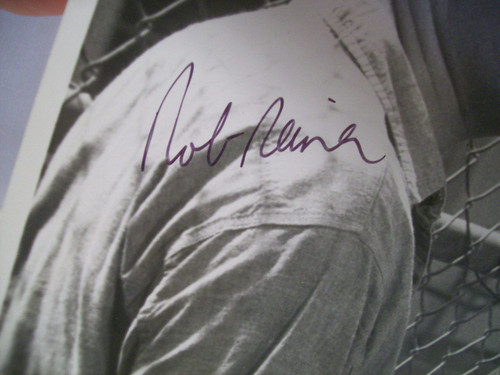