THIS IS AN AUTHENTICALLY AUTOGRAPHED LP BY TONY RANDALL AND JACK KLUGMAN... THE ODD COUPLE SINGS-TONY RANDALL AND JACK KLUGMAN-WITH ROLAND SHAW AND THE LONDON FESTIVAL ORCHESTRA AND CHORUS(LONDON XPS 903)LP HAS CUT CORNER. LP HAS GATEFOLD COVER. PHOTO COVER IS SIGNED BY TONY RANDALL AND JACK KLUGMAN. CONDITION OF THE VINYL,COVER, AND AUTOGRAPHS IS VERY GOOD. The Odd Couple is a television situation comedy broadcast from September 24, 1970 to July 4, 1975 on ABC. It starred Tony Randall as Felix Unger and Jack Klugman as Oscar Madison. It was based upon the play of the same name, which was written by Neil Simon. Felix and Oscar are two divorced men. Felix is a neat freak while Oscar is sloppy and casual. They share the same apartment, and their different lifestyles inevitably lead to some conflicts and laughs. 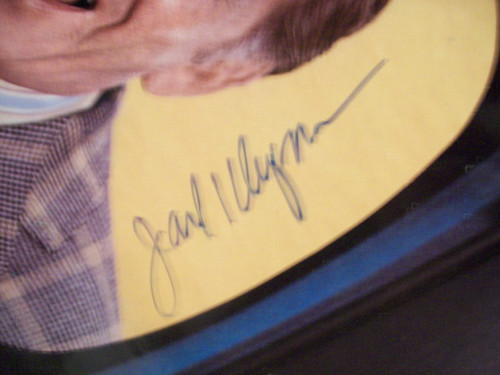