This item is a 5" X 7",color photo of Israeli Prime Minister Yitzhak Rabin from the 1990's.The color photo was published in a newspaper. The back of the photo has a stamp which reads-"Israel Sun Ltd.-Tel Aviv Israel". The back of the photo also has an original typed byline wihich explains the photo.Rabin, Yitzhak, 192295, Israeli general and statesman, b. Jerusalem, the first native-born prime minister of Israel (197477, 199295). His extensive military experience began in 1940 when he joined the Haganah (Jewish militia) and thereafter fought in the British army. He rose in rank from brigade commander in the 1948 Arab-Israeli War to chief of staff in 1964 and was credited with Israel's military success in the Six Day War (1967). After serving as envoy to Washington (196873), Rabin was elected as a Labor representative to the Knesset (Israeli parliament). In Mar., 1974, he joined Golda Meir's cabinet as labor minister; after her resignation in May, Rabin succeeded her as prime minister. One of his most formidable challenges was the 1976 Entebbe raid, in which he authorized the operation of Israeli commandos in the rescue of more than 100 Jews held hostage there. Rabin resigned as prime minister in 1977 prior to Labor's loss at the polls. He was succeeded as party leader by Shimon Peres. As defense minister (198490) in the Labor-Likud coalition government, Rabin ordered a harsh crackdown in the West Bank in the late 1980s in an effort to end the Arab uprising there (see Intifada). Rabin ousted Peres as Labor party leader in 1992 and led Labor to victory in the national elections, becoming prime minister and defense minister. Rabin played a key role in peace negotiations between Israel and its Arab neighbors, and in 1993 he endorsed a historic peace agreement with the Palestine Liberation Organization (PLO), providing for mutual recognition and a transition to Palestinian self-rule in the Gaza Strip and West Bank. Rabin, along with Peres and PLO leader Yasir Arafat, received the Nobel Peace Prize in 1994. In 1994, Rabin signed a peace treaty with Jordan, and a 1995 agreement with the PLO expanded Palestinian self-rule. He was assassinated Nov. 4, 1995, by an Israeli law student with links to right-wing extremist groups.The photo has been autographed on the front by Yitzhak Rabin................BOTH PHOTO AND AUTOGRAPH ARE IN EXCELLENT CONDITION............................ 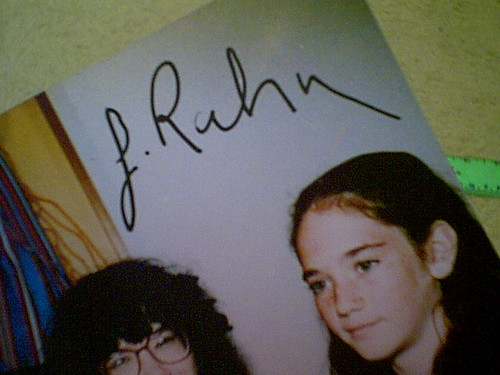