This item is a 10" X 13",color lithograph photo of actor Randy Quaid. The color lithograph photo has been mounted on a 10" X 13" piece of photography paper.Randy Quaid's acting career started with a bang: a small role in the Oscar-winning drama The Last Picture Show (1971, directed by Peter Bogdanovich) followed by his own Academy Award nomination for playing a young sailor headed off to military prison in The Last Detail (1973, with Jack Nicholson). Since then Quaid has handled a million character roles, often playing big lugs and goofballs like the crazy Cousin Eddie in the National Lampoon's Vacation films and the Amish bowler Ishmael Boorg in Kingpin (1996). He reprised his The Last Picture Show character for the sequel Texasville (1990) and was a regular on the late-night comedy series Saturday Night Live in 1985-86. His other feature films include Midnight Express (1978), Fool for Love (1985), Days of Thunder (1990, with Tom Cruise), the sci-fi hit Independence Day (1996, with Will Smith), and Brokeback Mountain (2005, directed by Ang Lee).The photo has been autographed on the front by Randy Quaid.............BOTH PHOTO AND AUTOGRAPH ARE IN VERY GOOD CONDITION................ 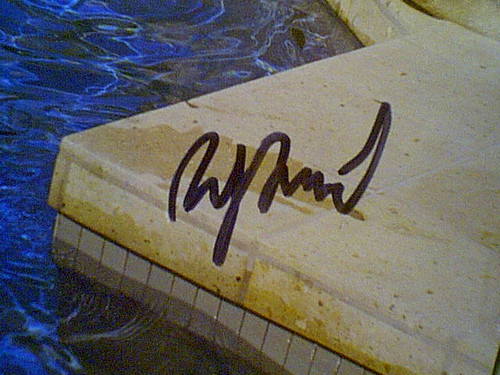