This item is an 8" X 10",black and white photo of actor Bill Pullman.William James "Bill" Pullman (born December 17, 1953) is an American film, television, and stage actor. Pullman made his film debut in the supporting role of Earl Mott in the 1986 film Ruthless People. He has since gone on to star in other films, including Spaceballs, Independence Day, Lost Highway, Casper and Sleepless in Seattle. He has starred in a number of plays and is also a Jury Member for Filmaka.The photo has been autographed on the front by Bill Pullman.............BOTH PHOTO AND AUTOGRAPH ARE IN VERY GOOD CONDITION. 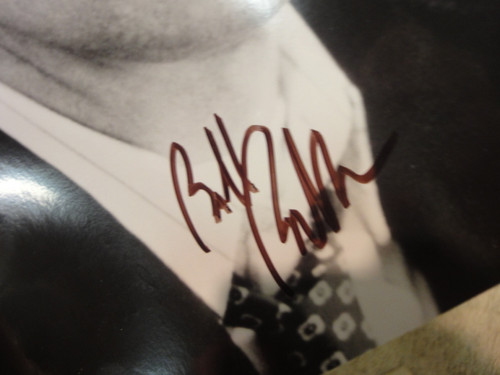