THIS IS AN AUTHENTICALLY AUTOGRAPHED PLAYBILL BY ROBERT PRESTON.. PLAYBILL-BEN FRANKLIN IN PARIS-39 PAGES-INCLUDES ACTOR BIOS-LONT FONTANNE THEATRE-NEW YORK-JANUARY 1965-ORIGINAL SCENE ON COVER-PHOTO COVER IS SIGNED BY ROBERT PRESTON-CONDITION OF THE PROGRAM, COVER AND AUTOGRAPH IS VERY GOOD. Preston appeared in many Hollywood films, predominantly Westerns, but is probably best remembered for his portrayal of "Professor" Harold Hill in Meredith Willson's musical The Music Man (1962). He won a Tony Award for his performance in the original Broadway production (1957). In 1974, he starred opposite Bernadette Peters in Jerry Herman's Broadway musical "Mack and Mabel" as Mack Sennett, the famous silent film director. In 1961, Preston was asked to make a recording as part of a program by the President's Council on Physical Fitness to get schoolchildren to do more daily exercise. The song, "Chicken Fat," written by Meredith Willson and performed by Preston with full orchestral accompaniment, was distributed to schools across the nation and played for students in calisthenics every morning. The song later became a surprise novelty hit and a part of many baby-boomers' childhood memories. Although he was not known for his singing voice, Preston appeared in several other stage and film musicals, notably Mame (1974) and Victor/Victoria (1982), for which he received an Academy Award nomination. His last role in a theatrical film was in The Last Starfighter, in which he played intergalactic con man/military recruiter "Centauri." Preston said he based the character of Centauri on Professor Harold Hill. He also starred in the HBO 1985 movie "Finnegan Begin Again" along with Mary Tyler Moore. His final role was in the TV movie Outrage! (1986). Preston appeared on the cover of Time magazine on July 21, 1958.[1]. He died of lung cancer in 1987, at the age of 68. 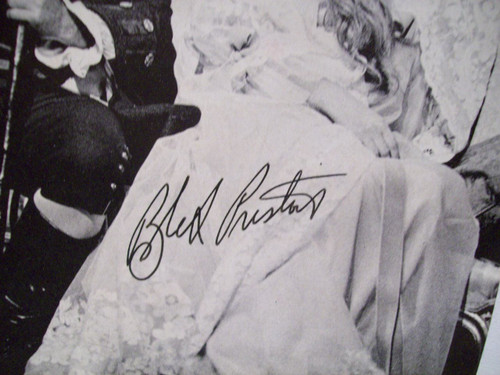