THIS IS AN AUTHENTICALLY AUTOGRAPHED PHOTO BY SARAH JESSICA PARKER... THIS IS A 8 INCH BY 10 INCH BLACK AND WHITE PHOTO SIGNED BY SARAH JESSICA PARKER. CONDITION OF THE PHOTO AND AUTOGRAPH IS VERY GOOD. Sarah Jessica Parker (born March 25, 1965),also sometimes referred to by her initials SJP, is an American film, television and theater actress and producer. She is best known for her leading role as Carrie Bradshaw on the HBO television series Sex and the City, for which she won four Golden Globe Awards, two Screen Actors Guild Awards and two Emmy Awards. She played the same role in the feature film version of the show, which was released on May 30, 2008. She also has three of her own fragrances: Lovely, Covet and Covet Full Bloom. 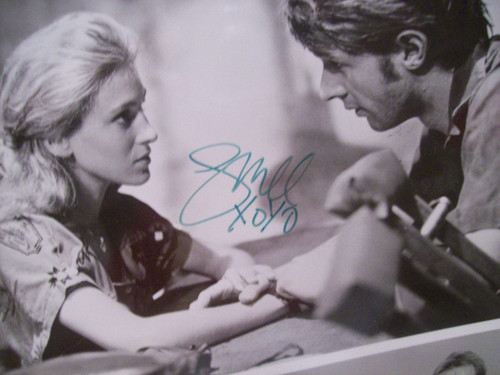