Linus Pauling-"Vitamin C And The Common Cold"-1970-W.H.Freeman-5" X 8"-122 pages-Hardcover Book-With Jacket- Signed By Author.The winner of the Nobel Prize for chemistry in 1954, Linus Pauling is now considered one of the greatest chemists of the 20th century. He's also the only person ever to win two unshared Nobel Prizes: as an outspoken activist against nuclear testing, he also won the Nobel Prize for Peace in 1962. After 1970 his fame -- and controversial reputation -- centered on his insistence that Vitamin C had the power to fight cancer and the common cold.The book has been signed on the first page by Linus Pauling...............BOTH BOOK AND AUTOGRAPH ARE IN VERY GOOD CONDITION. 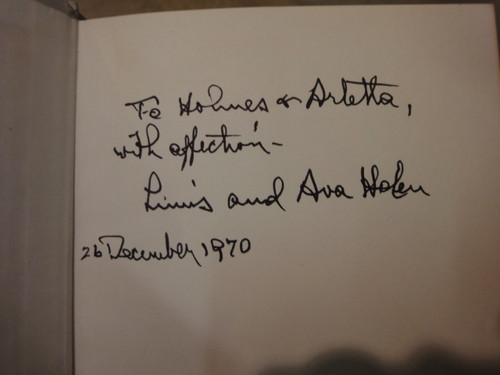