Palance, Jack Photo Signed Autograph Kill A Dragon - Must Have

THIS IS AN AUTHENTICALLY AUTOGRAPHED PHOTO BY JACK PALANCE.. THIS IS A 8 INCH BY 10 INCH BLACK AND WHITE PHOTO SIGNED BY JACK PALANCE. CONDITION OF THE PHOTO AND AUTOGRAPH IS VERY GOOD. Jack Palance (born Volodymyr Palahniuk; February 18, 1919 – November 10, 2006) was an Academy Award-winning American film actor. With his rugged facial features, Palance was best known to modern movie audiences as both the characters of Curly and Duke in the two City Slickers movies, but his career spanned half a century of film and television appearances. 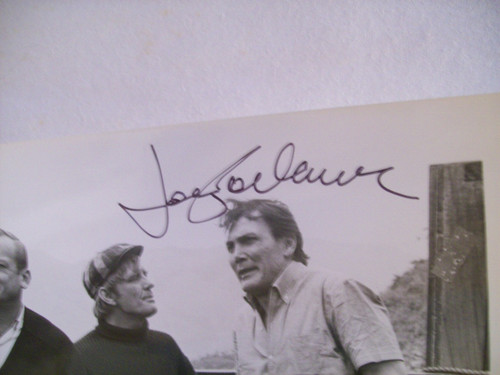 Palance, Jack Photo Signed Autograph Kill A Dragon - Must Have