THIS IS AN AUTHENTICALLY AUTOGRAPHED PLAYBILL BY JERRY ORBACH AND JANE ALEXANDER... PLAYBILL-LUNT FONTANNE THEATRE-6 RMS RIV VU-APRIL 1973-PHOTO COVER IS SIGNED BY JERRY ORBACH AND JANE ALEXANDER-CONDITION OF THE PLAYBILL AND AUTOGRAPHS IS VERY GOOD. 6 Rms Riv Vu is a play by Bob Randall, who also wrote The Magic Show. 6 Rms Riv Vu derives its title from shorthand used by realtors in classified advertising. In this case, a six-room apartment with a view of the Hudson River, located on Manhattan's Riverside Drive, serves as the comedy-drama's setting. Paul Friedman is a married advertising copywriter, Anne Miller is a discontented housewife, and the two meet when they respond to a New York Times listing for the available unit. They discover the door has been locked accidentally, trapping them inside, and a connection slowly develops as they begin to share the details of their respective lives. After nine previews, the Alexander H. Cohen production, directed by Edwin Sherin, had its Broadway premiere on October 17, 1972 at the Helen Hayes Theatre, where it ran for three months before transferring to the Lunt Fontanne for the remainder of its run, a total of 247 performances. The opening night cast included Jane Alexander, Jerry Orbach, Ron Harper, F. Murray Abraham, and Jennifer Warren. In 1974, Carol Burnett and Alan Alda starred in a televised version that garnered both of them Emmy Award nominations. 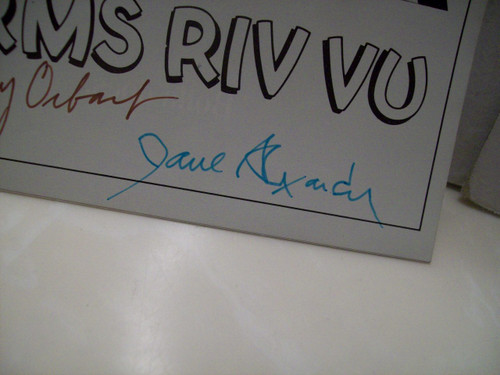