People Magazine-January 12, 1981-118 pages. This vintage People magazine features a color cover photo of Yoko Ono plus an article with photos.Yoko Ono (born February 18, 1933) is a Japanese artist, musician, author and peace activist, known for her work in avant-garde art, music and filmmaking as well as her marriage to John Lennon. Ono brought feminism to the forefront through her music which prefigured New Wave music (whether she was a direct influence is still debated). She is a supporter of gay rights and is known for her philanthropic contributions to the arts, peace and AIDS outreach programs.The magazine has been autographed on the front cover by Yoko Ono...........BOTH MAGAZINE AND AUTOGRAPH ARE IN VERY GOOD CONDITION. 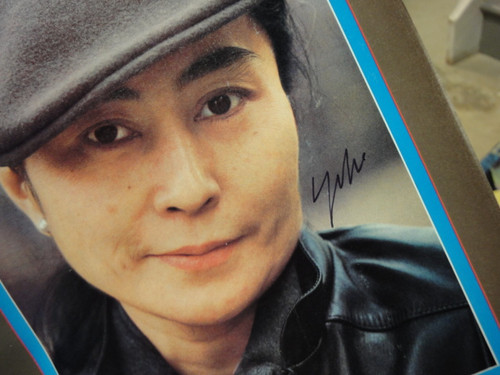