THIS IS AN AUTHENTICALLY AUTOGRAPHED PHOTO BY HUGH O'BRIAN AND SHIRLEY EATON.. THIS IS A 8 INCH BY 10 INCH BLACK AND WHITE PHOTO SIGNED BY HUGH O'BRIAN AND SHIRLEY EATON. CONDITION OF THE PHOTO AND AUTOGRAPHS IS VERY GOOD. The 1965 version of Ten Little Indians is the third film version of Agatha Christie's detective novel And Then There Were None. Although its background story is the same as the 1945 version (ten people invited to a stranded area by a mysterious stranger), this one takes place on an isolated snowy mountain. Most of the murder methods were just like the 1945 version, with some minor variations. This version is also the first adaptation of the novel to show the murders on screen. An uncredited Christopher Lee provides the pre-recorded voice of "Mr. Owen". 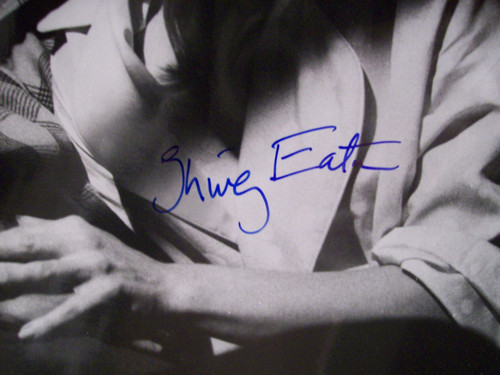