THIS IS AN AUTHENTICALLY AUTOGRAPHED MAGAZINE BY DONALD O'CONNOR... LEISURE TIME-JAN 10 1954-PHOTO COVER IS SIGNED BY DONALD O'CONNOR-CONDITION OF THE MAGAZINE AND AUTOGRAPH IS VERY GOOD. Donald David Dixon Ronald OConnor (August 28, 1925  September 27, 2003) was an American dancer, singer, and actor who came to fame in a series of movies in which he co-starred alternately with Gloria Jean, Peggy Ryan, and Francis the Talking Mule. Perhaps his most famous performance was as Gene Kelly's friend and colleague in Singin in the Rain (1952). 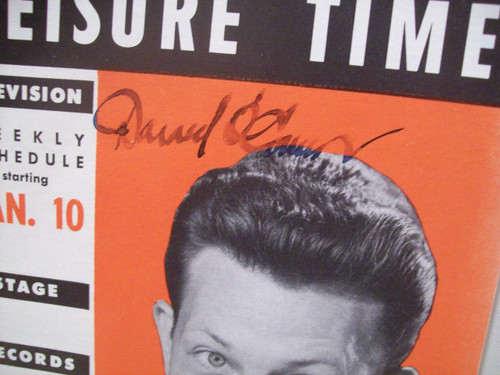