THIS IS AN AUTHENTICALLY AUTOGRAPHED PHOTO BY MICHAEL NOURI.. THIS IS A 7 INCH BY 9 INCH BLACK AND WHITE PHOTO SIGNED BY MICHAEL NOURI. HAS AN ORIGINAL DATED BYLINE ON NBC STATIONARY. CONDITION OF THE PHOTO AND AUTOGRAPH IS VERY GOOD. Michael Nouri (born December 9, 1945) is an American television and film actor. He is best known for his role as Nick Hurley, in the 1983 movie Flashdance. Recently, he had a recurring role in The O.C. as Dr. Neil Roberts, the father of Summer Roberts (Rachel Bilson). 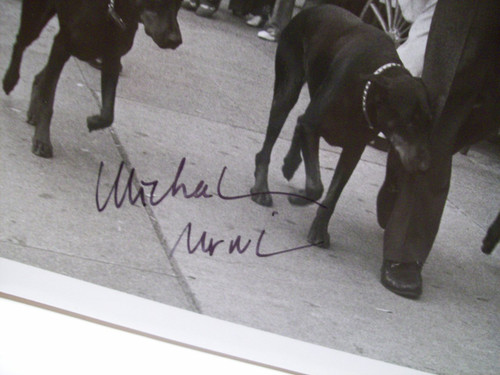