Jack Nicholson Rolling Stone Magazine Signed Autograph Issue 418 1984. John Joseph "Jack" Nicholson (born April 22, 1937) is an American actor, film director, producer, and writer. Throughout his career, Jack Nicholson has portrayed unique and challenging roles, many of which include dark portrayals of neurotic and psychopathic characters. Nicholson's 12 Oscar nominations make him the most nominated actor in the history of the Academy Awards. Magazine has been signed on the cover by Jack Nicholson. Magazine and autograph are in very good condition! 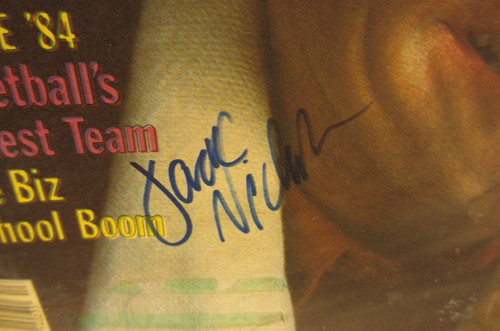