THIS IS AN AUTHENTICALLY AUTOGRAPHED PHOTO BY DAVID NIVEN... THIS IS A 8 INCH BY 10 INCH BLACK AND WHITE PHOTO SIGNED BY DAVID NIVEN. CONDITION OF THE PHOTO AND AUTOGRAPH IS VERY GOOD. The Impossible Years is a 1965 comedy play by Robert Fisher and Arthur Marx, son of famed comedian Groucho Marx. The comedy revolves around Jonathan Kingsley, a teaching psychiatrist at the local university, his wife, and their two teenaged daughters. Complications arise when the older one develops an active interest in the opposite sex and her younger impressionable sister begins to emulate her misadventures. After two previews, the Broadway production, directed by Arthur Storch, opened on October 13, 1965 at the Playhouse Theatre, where it ran for 670 performances. The original cast included Alan King, Sudie Bond, Bert Convy, Neva Small, and Scott Glenn. Sam Levene and Ed McMahon succeeded King later in the run. The 1968 film version, adapted by George Wells and directed by Michael Gordon, starred David Niven, Lola Albright, Chad Everett, Ozzie Nelson, and Cristina Ferrare. A notable footnote is that the theme for the film was performed by The Cowsills. 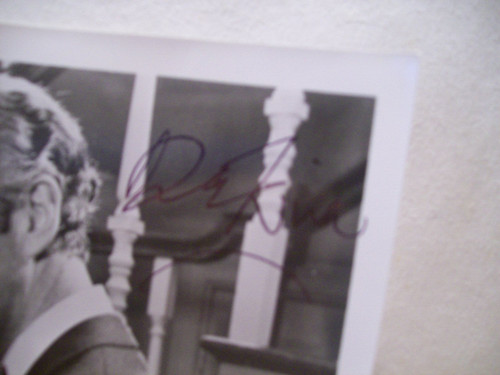