This is an authentically autographed Theater Program by Zero Mostel.. Rhinoceros-1974-Cover is signed by Zero Mostel, condition of the program and autograph is VERY GOOD. Samuel Joel Zero Mostel (February 28, 1915  September 8, 1977) was an American actor of stage and screen, best known for his portrayal of comic characters such as Tevye onstage in Fiddler on the Roof, Pseudolus onstage and onscreen in A Funny Thing Happened on the Way to the Forum, and Max Bialystock in the original, film version of The Producers. He was blacklisted during the 1950s, and his testimony before the House Un-American Activities Committee was well-publicized. He was a Tony Award and Obie Award winner. 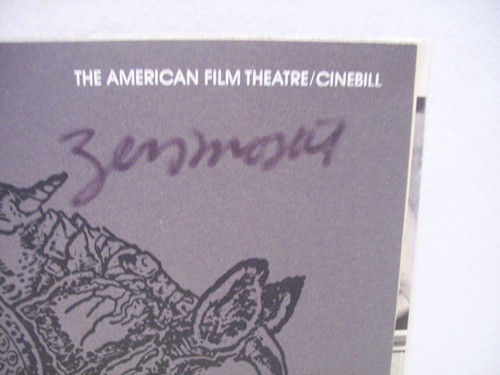