THIS IS AN AUTHENTICALLY AUTOGRAPHED PHOTO BY ZERO MOSTEL.. THIS IS A 8 INCH BY 10 INCH BLACK AND WHITE PHOTO SIGNED BY ZERO MOSTEL. CONDITION OF THE PHOTO AND AUTOGRAPH IS VERY GOOD. Samuel Joel Zero Mostel (February 28, 1915  September 8, 1977) was an American actor of stage and screen, best known for his portrayal of comic characters such as Tevye in Fiddler on the Roof, Pseudolus in A Funny Thing Happened on the Way to the Forum, and Max Bialystock in The Producers. He was blacklisted during the 1950s, and his testimony before HUAC was well-publicized. He was a Tony Award and Obie Award winner. 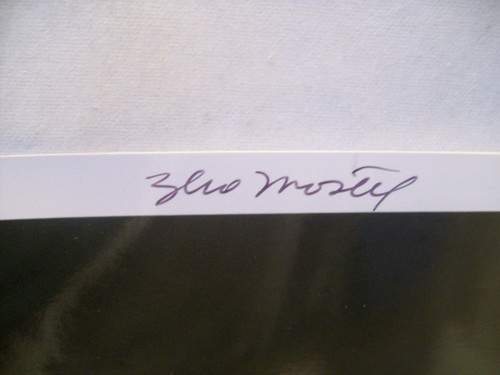