Original Soundtrack-"Gold"(ABC 855)-LP.Peter Hunt directed this old fashioned -- if not reactionary -- action film about gold-mining in South Africa. The story concerns a nefarious scheme to control the international price of gold by sabotaging the country's largest gold mine, flooding it with an underground sea. Hurry Hirschfeld (Ray Milland) is a cranky but kind millionaire who owns the gold mine. His granddaughter, Terry Steyner (Susannah York), is a beautiful women suffering from the old ennui. She happens to be married to chief bad-guy Manfred Steyner (Bradford Dillman), who, along with unscrupulous international tycoon Farrell (John Gielgud), hatches the plot to flood Hurry's gold- mine. To the rescue comes Rod Slater (Roger Moore) and his faithful black sidekick Big King (Simon Sabela), ready to right the wrongs and stem the tide in order to make South Africa safe for cheap black labor.The LP has been autographed on the front cover by Roger Moore and Susannah York.........CONDITION OF VINYL,COVER AND AUTOGRAPH IS VG. 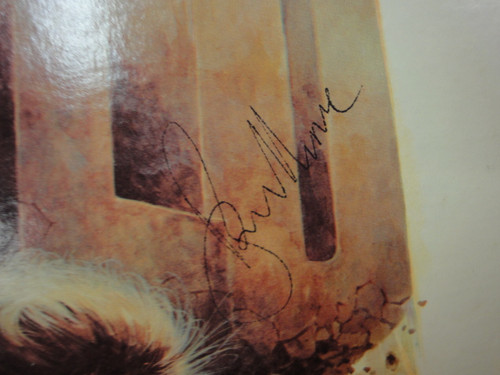