This item is an 8" X 10",black and white photo of actor Burgess Meredith.Though best remembered for his role as the brash yet devoted trainer in Rocky, the diminutive character actor was an accomplished theater, television and radio actor whose career spanned seven decades. Meredith first made a name for himself in the 1930s with his performances in Broadway's Winterset and High Tor. His turn as George in Of Mice and Men is perhaps his most memorable screen performance. Already considered a virtuosic film and stage actor, Meredith made a splash on television playing Penguin, Batman's archnemesis. His other films include Tom, Dick and Harry and The Day of the Locust.The photo has been autographed on the front by Burgess Meredith...........BOTH PHOTO AND AUTOGRAPH ARE IN VERY GOOD CONDITION. 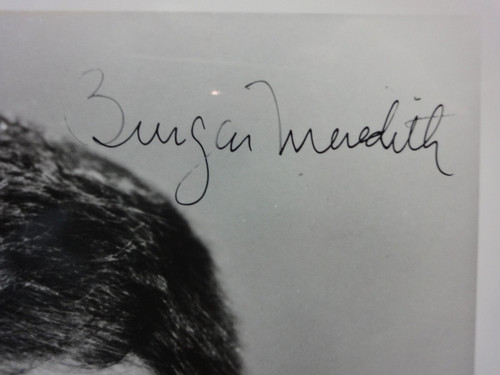