This item is an 8" X 10",black and white photo of actor Gardner McKay.Gardner McKay was a dashing actor and writer who abandoned Hollywood for adventures in the Amazon. He starred in the 1960s television series Adventures in Paradise and turned down the opportunity to star opposite Marilyn Monroe in Something' s Got to Give, a film that was never produced. After traveling for years, McKay returned to the U.S. and began a writing career. He penned the play Sea Marks and the novel Toyer.The photo has been autographed on the front by Gardner McKay.....BOTH PHOTO AND AUTOGRAPH ARE IN VERY GOOD CONDITION................ 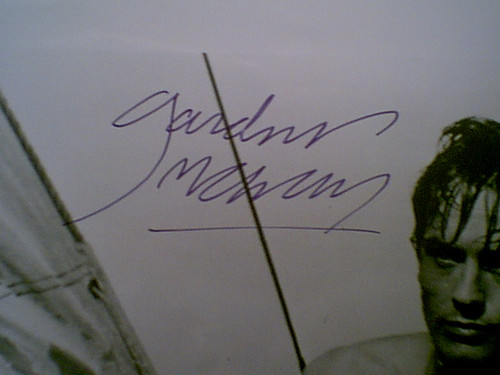