This is an authentically autographed photo by Ed McMahon... This is a 8 inch by 10 inch black and white photo signed by Ed McMahon, condition of the photo and autograph is VERY GOOD. Edward Leo Peter "Ed" McMahon, Jr. (March 6, 1923  June 23, 2009) was an American celebrity, comedian, game show host, and announcer. Most famous for his work on television as Johnny Carson's announcer and sidekick on The Tonight Show from 1962 to 1992, the one-time fighter pilot also hosted the original version of the talent show Star Search from 1983 to 1995, co-hosted TV's Bloopers and Practical Jokes with Dick Clark from 1982 to 1986, and presented sweepstakes for the direct marketing company, American Family Publishers (not, as is commonly believed, its main rival Publishers Clearing House) 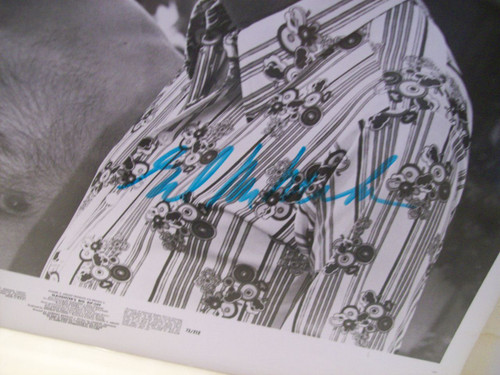