this is an authentically autographed photo by ed mcmahon.. THIS IS AN 8 INCH BY 10 INCH BLACK AND WHITE PHOTO SIGNED BY ED MCMAHON. CONDITION OF THE PHOTO AND AUTOGRAPH IS VERY GOOD. Edward "Ed" Leo Peter McMahon, Jr. (born March 6, 1923) is an American comedian, game show host, announcer, and television personality most famous for his work on television as Johnny Carson's announcer on Who Do You Trust? from 1957 to 1962 and on the Tonight Show from 1962 to 1992, and as the host of the talent show Star Search from 1983 to 1995. He later also became well-known as the presenter of American Family Publishing sweepstakes (not to be confused with Publishers Clearing House), which arrives unannounced at the homes of winners. He subsequently made a series of Neighborhood Watch Public Service Announcements reprising that role in parody. He also cohosts the Jerry Lewis Labor Day Telethon, and has performed in numerous television commercials, most notably for Budweiser. In the 1970s and 1980s, he anchored the team of NBC personalities conducting the network's coverage of the Macy's Thanksgiving Day Parade. McMahon has appeared in several films, including The Incident (1967), Fun With Dick and Jane (1977), Full Moon High (1981), and Butterfly (1982), as well as briefly in the film version of Bewitched (2005). According to Entertainment Weekly he is one of the "greatest sidekicks. 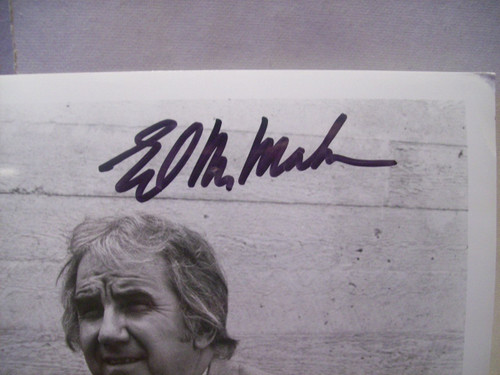