This item is an 8" X 10",black and white photo of actor David McCallum in a scene from "The Man From UNCLE" television series.David Keith McCallum, Jr. (born 19 September 1933) is a Scottish actor and musician. He is best known for his roles as Illya Kuryakin, a Russian-born secret agent, in the 1960s television series The Man from U.N.C.L.E., as interdimensional operative Steel in Sapphire & Steel, and for his current role as NCIS Medical Examiner, Dr. Donald "Ducky" Mallard in the series NCIS. The photo has been autographed on the front by David McCallum.............BOTH PHOTO AND AUTOGRAPH ARE IN VERY GOOD CONDITION. 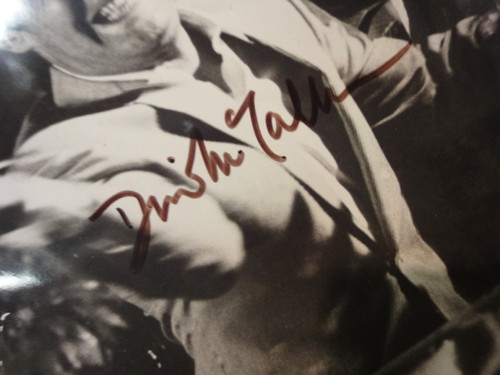