This is an authentically autographed Playbill by Walter Matthau.. Playbill-One Bright Day-1952-Photo cover is signed by Walter Matthau, condition of the Playbill and autograph is VERY GOOD Walter John Matthau (October 1, 1920  July 1, 2000) was an American actor best known for his role as Oscar Madison in The Odd Couple and his frequent collaborations with Odd Couple star Jack Lemmon, as well as his role as Coach Buttermaker in the 1976 comedy The Bad News Bears. He won an Academy Award for his performance in the Billy Wilder film The Fortune Cookie. 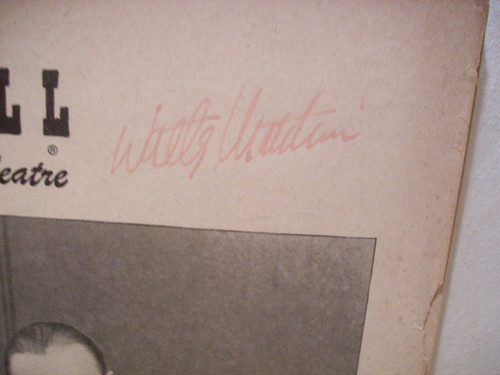