This item is an 8" X 10", black and white lithograph publicity photo of some of the cast of the television series-M*A*S*H. M*A*S*H (an acronym for Mobile Army Surgical Hospital) is an American war comedy-drama television series that aired on CBS from 1972 to 1983. It was developed by Larry Gelbart as the first original spin-off series adapted from the 1970 feature film M*A*S*H, which, in turn, was based on Richard Hooker's 1968 novel MASH: A Novel About Three Army Doctors. The series, which was produced with 20th Century Fox Television (currently part of Disney Television Studios) for CBS, follows a team of doctors and support staff stationed at the "4077th Mobile Army Surgical Hospital" in Uijeongbu, South Korea, during the Korean War (195053). The show's title sequence features an instrumental-only version of "Suicide Is Painless," the original film's theme song. The show was created after an attempt to film the original book's sequel, M*A*S*H Goes to Maine, failed. The television series is the best-known of the M*A*S*H works, and one of the highest-rated shows in U.S. television history. The lithograph photo has been autographed on the front by Alan Alda Loretta Swit Mike Farrell Harry Morgan Jamie Farr William Christopher.............BOTH PHOTO AND AUTOGRAPHS ARE IN VERY GOOD CONDITION. 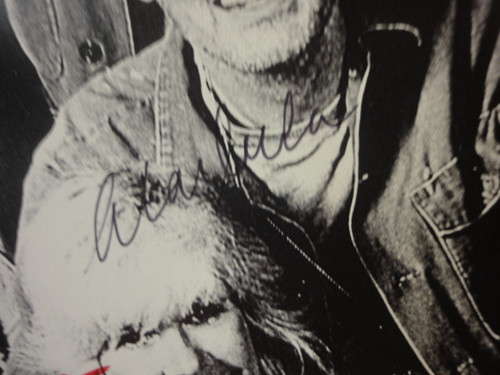