Playbill for The Majestic Theatre-1963-"Jennie" starring Mary Martin-6" X 9"-38 pages-theatre program.Jennie is a musical with a book by Arnold Schulman, music by Arthur Schwartz, and lyrics by Howard Dietz, and starred Mary Martin.The plot focuses on actors and married couple Jennie Malone and James O'Connor, who tour the country in popular melodramas. Much of the action consists of elaborate spoofs of the type of entertainment offered to audiences in the early 20th century.The Playbill has been autographed on the front cover by Mary Martin with a fountain pen in blue...................BOTH PLAYBILL AND AUTOGRAPH ARE IN VERY GOOD CONDITION................... 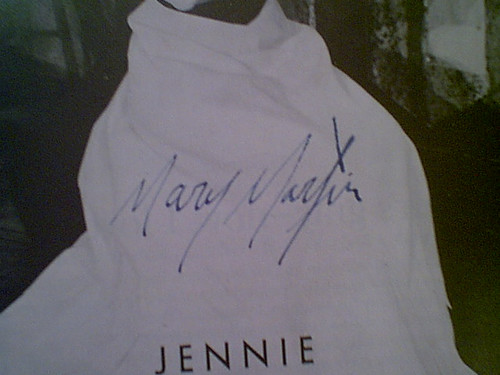