THIS IS AN AUTHENTICALLY AUTOGRAPHED LP BY HAL MARCH.. HAL MARCH CONDUCTS(HAMILTON HLP 12101). PHOTO COVER IS SIGNED BY HAL MARCH. TRACKS:CANDY, I'LL BE AROUND, CONTENTED, BUT BEAUTIFUL, OH YOU CRAZY MOON, MOONLIGHT BECOMES YOU, I'LL BUY THAT DREAM, PLEASE, SUNDAY MONDAY OR ALWAYS, IT COULD HAPPEN TO YOU, DON'T BVLAME ME, JEANNINE I DREAM OF LILAC TIME. CONDITION OF THE VINYL,COVER, AND AUTOGRAPH IS VERY GOOD. Hal March (born Harold Mendelson, April 22, 1920 in San Francisco, California - died January 19, 1970 in Los Angeles, California) was an American comedian. March first came to note as part of a comedy team with Bob Sweeney. The duo had their own radio show for a time. Earlier in his television career, he appeared on such shows as Burns and Allen, The Imogene Coca Show and I Love Lucy. However, he was most known for being the host of The $64,000 Question, which he helmed from 1955 to 1958. As a result of the quiz show scandals, the show was canceled and, with the exception of a few film roles such as Send Me No Flowers, March was out of work for nearly a decade. He started hosting another show, It's Your Bet, in 1969, but was diagnosed with lung cancer and died early the next year. He died in Los Angeles at age 49. Although he never mentioned her, his long lost sister, Mary Mendelson visits his grave often. March was married in 1956 to Candy Toxon. Toxon has a son, Steve, from a previous marriage to Mel Torme, whose son Steve goes by Steve March Torme out of deference to being raised by March. 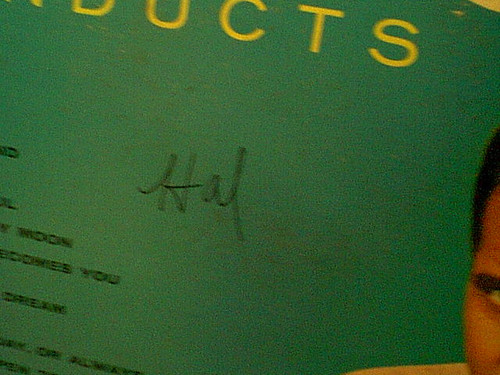