THIS IS AN AUTHENTICALLY AUTOGRAPHED PHOTO BY ANN MARGRET AND GENE HACKMAN.. THIS IS A 8 INCH BY 10 INCH BLACK AND WHITE PHOTO SIGNED BY ANN MARGRET AND GENE HACKMAN. CONDITION OF THE PHOTO AND AUTOGRAPHS IS VERY GOOD. Twice in a Lifetime is a 1985 film starring Gene Hackman and directed by Bud Yorkin. The plot involves a steelworker and married man going through a mid-life crisis when he finds himself attracted to another woman, played by Ann-Margret. Paul McCartney composed the theme song to the film, heard under the end credits. 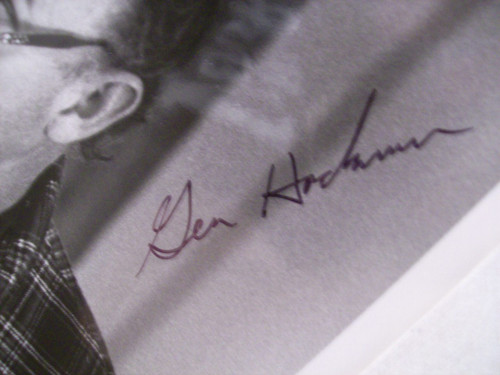