This item is a 10 1/2" X 15" page from The New York Sunday News Magazine from October 17, 1948. Please note this is the magazine page ONLY-there is no complete newspaper magazine. The magazine page features a vintage color photo of actor John Lund.While working for an advertising agency, John Lund was asked by a friend to appear in an industrial show for the 1939 World's Fair. By 1941 he was debuting on Broadway in As You Like It, and also worked often as an actor and writer on radio. He wrote the book and lyrics for Broadway's New Faces of 1943. His successful appearance in the play The Hasty Heart led to a long-term film contract with Paramount. He debuted onscreen in To Each His Own (1946). He went on to play leads in numerous films over the next decade. By the early '60s he appeared in minor films and secondary roles and then retired from the screen altogether, becoming a successful Hollywood businessman.The color photo has been autographed on the front by John Lund with a fountain pen in brown............BOTH PHOTO AND AUTOGRAPH ARE IN VERY GOOD CONDITION................ 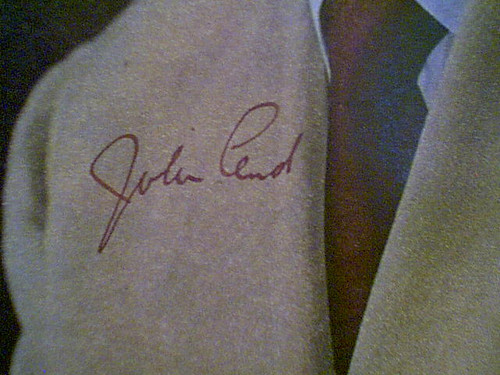