This item is a 10 1/2" X 12" color lithograph photo of actor Ray Liotta.Actor Ray Liotta is best known for playing Henry Hill, the central "wiseguy" in Martin Scorsese's Goodfellas (1990). Liotta began his acting career in New York, where he had early good fortune with a regular gig on the daytime soap opera Another World from 1978 to 1981. He then relocated to Hollywood, but it was another five years before he broke out as Melanie Griffith's abusive husband in Something Wild (1986). A leading man with unconventional looks and steely blue eyes, Liotta excels at playing charming characters with a dark side, despite his occasional turns as a good guy in films such as Field of Dreams (1990, starring Kevin Costner) and Corrina, Corrina (1994, with Whoopi Goldberg). His other feature films include Cop Land (1997, with Sylvester Stallone), Narc (2002) and Identity (2003, with John Cusack). On TV Liotta played Frank Sinatra in The Rat Pack (1998), and he won an Emmy in 2005 for a guest appearance on ER. In 2006 he signed on to star in the CBS television series Smith (co-starring Virginia Madsen).The lithograph photo has been autographed on the front by Ray Liotta.............BOTH PHOTO AND AUTOGRAPH ARE IN EXCELLENT CONDITION................ 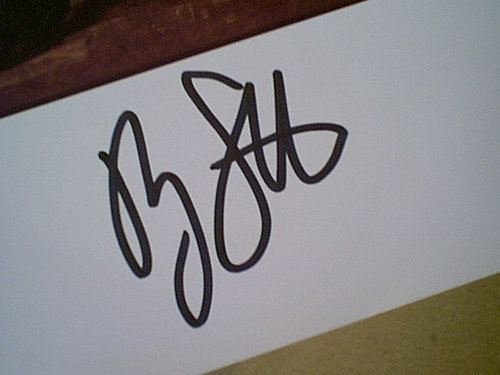