THIS IS AN AUTHENTICALLY AUTOGRAPHED PHOTO BY HAL LINDEN.. THIS IS A 5 INCH BY 7 INCH BLACK AND WHITE PHOTO SIGNED BY HAL LINDEN. CONDITION OF THE PHOTO AND AUTOGRAPH IS VERY GOOD. Hal Linden (b. March 20, 1931) is an American actor and television director. Best known for his Emmy-nominated role in television series Barney Miller and as presenter on the ABC educational series Animals, Animals, Animals. Born Harold Lipshitz in New York City, Linden graduated from Manhattan's School of Performing Arts. He began his career as a clarinetist and dance band. He and his violinist brother Bernie chose their stage names after spotting a gas storage tank in Linden, New Jersey written in huge letters. In 1984 Hal carried the Olympic Torch and ran a portion of the Los Angeles segment. He is currently the national spokesperson for the Jewish National Fund. He is married to Frances Marie Martin, and they have five children. 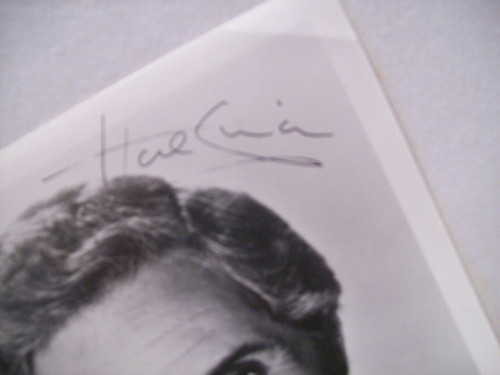