This is an authentically autographed Playbill by Sam Levene... Playbill-1966-The Impossible Years-Photo cover is signed by Sam Levene, condition of the Playbill and autograph is VERY GOOD. Sam Levene (August 28, 1905  December 28, 1980) was an American Broadway and film actor. Born in Russia, Levene appeared in several Broadway plays and musicals in the 1930s. In the mid-30s, he moved to Hollywood to re-create his stage role in the movie Three Men on a Horse, followed by After the Thin Man, both in 1936. He played a small but vital role in the 1939 film classic Golden Boy as William Holden's taxi driving brother-in-law "Siggie". He also appeared in many film noir classics including The Killers, Brute Force, and Crossfire. Levene made 36 films total during his Hollywood career. Levene was nominated for a 1961 Tony Award as Best Actor in a Play for The Devil's Advocate. Although not a good vocalist, he can be heard in the role of Nathan Detroit on the original cast recording of the musical Guys and Dolls, in which he appeared on Broadway. His solo number, "Sue Me," was written in one octave to compensate for his lack of singing ability. He lost the role to Frank Sinatra in the film adaptation. Levene also starred in the Broadway productions Dinner at Eight (1932), Room Service (1937), Light Up the Sky (1948), Heartbreak House (1959), The Impossible Years (1965), and Neil Simon's The Sunshine Boys (1972), among many others. Levene's last film role was in the courtroom drama ...And Justice for All (1979). Levene, who was Jewish, died of a heart attack in New York City. 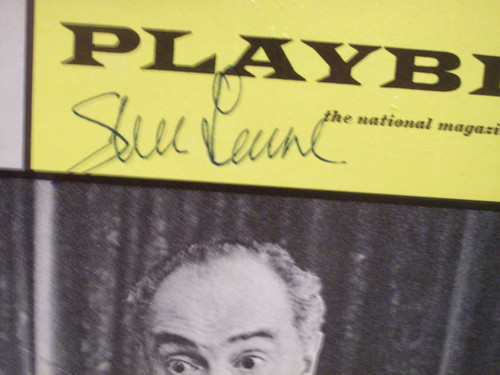