THIS IS AN AUTHENTICALLY AUTOGRAPHED PHOTO BY RON LIEBMAN... THIS IS A 7 INCH BY 9 INCH BLACK AND WHITE PHOTO SIGNED BY RON LIEBMAN FROM KAZ. HAS AN ATTACHED ORIGINAL DATED BYLINE ON OFFICIAL CBS STATIONARY EXPLAINING THE PHOTO AND GIVING DATE OF BROADCAST. RELEASED IN 1978. CONDITION OF THE PHOTO AND AUTOGRAPH IS VERY GOOD. Leibman was a member of the Compass Players in the late 1950s. He has appeared in many films such as Where's Poppa?, The Hot Rock, Slaughterhouse-Five, The Super Cops, Up the Academy, Norma Rae, Zorro, The Gay Blade, Garden State, and Rhinestone. He co-starred with second wife Jessica Walter in Neil Simon's play Rumors. They also appeared together as husband and wife in the film Dummy and in the TV Series Law & Order in the episode, "House Counsel." He won an Emmy Award for his convict turned lawyer character in Kaz (1978  79), a series which he also created and co-wrote. Leibman also picked up a Tony Award for his work in the Pulitzer Prize-winning play Angels in America. He is also widely known for his portrayal of Leonard Green, Rachel's overbearing father, on the sitcom Friends. Leibman had a recurring role on The Sopranos as Dr. Plepler. 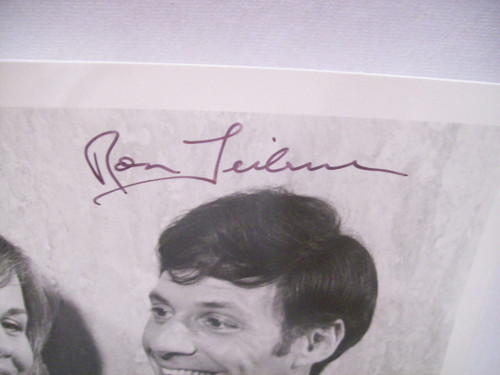