This is an authentically autographed Playbill by Michael Learned and Hal Linden... Playbill-1992-The Sisters Rosensweig-Cover is signed by Michael Learned and Hal Linden, condition of the Playbill, cover and autographs is very good. The Sisters Rosensweig is a play by Wendy Wasserstein. The play focuses on three Jewish- American sisters and their lives. It "broke theatrical ground by concentrating on a non-traditional cast of three middle-aged women."[1] Wasserstein received the William Inge Award for Distinguished Achievement in American Theatre for this play. 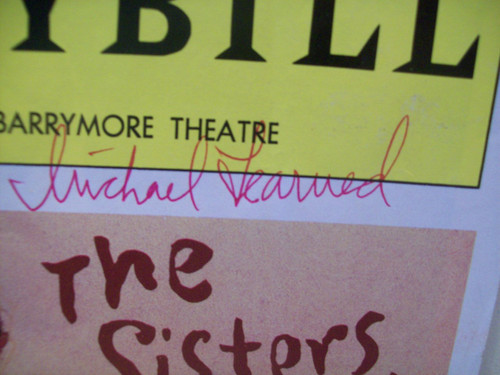