This item is an 8" X 10",black and white photo of Jerry Mathers and Tony Dow.Leave It to Beaver is an American television situation comedy about an inquisitive and often naïve boy named Theodore "The Beaver" Cleaver (portrayed by Jerry Mathers) and his adventures at home, in school, and around his suburban neighborhood. The show also starred Barbara Billingsley and Hugh Beaumont as Beaver's parents, June and Ward Cleaver, and Tony Dow as Beaver's brother Wally. The show has attained an iconic status in the US, with the Cleavers exemplifying the idealized suburban family of the mid-20th century.The photo has been autographed on the front by Jerry Mathers and Tony Dow.......BOTH PHOTO AND AUTOGRAPHS ARE IN VERY GOOD CONDITION. 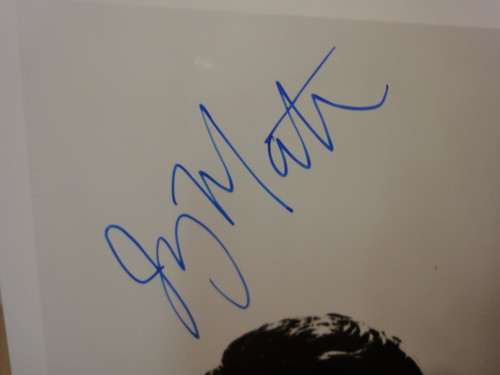