THIS IS AN AUTHENTICALLY AUTOGRAPHED PHOTO BY ROBERT LANSING... THIS IS A SET OF 3 8 INCH BY 10 INCH BLACK AND WHITE PHOTOS, 1 OF WHICH IS SIGNED BY ROBERT LANSING. CONDITION OF THE PHOTO AND AUTOGRAPH IS VERY GOOD. Robert Lansing (June 5, 1928  October 23, 1994) was an American stage, film, and television actor. Born Robert Howell Brown in San Diego, California, he reportedly took his stage name from the state capital of Michigan. As a young actor in New York City, he was hired to join a stock company in Michigan but was told he would first have to join Actors Equity Association. Equity would not allow him to join as "Robert Brown" since there was already another actor using that name. Since the stock company was based in Lansing, this became the actor's new surname. In the 19611962 television season, Lansing appeared as Detective Steve Carella on NBC's 87th Precinct series based on the Ed McBain detective novels. His costars were Gena Rowlands, Ron Harper, Gregory Walcott, and Norman Fell. In 1961, he played the outlaw Frank Dalton in a two-part episode of NBC's The Outlaws with Barton MacLane. Other notable television roles include portrayals of an alcoholic college professor in ABC's drama Channing, as General George Custer on Chuck Connors's NBC series Branded, and as Gil Green in the 1963 episode "Fear Begins at Forty" on the NBC medical drama The Eleventh Hour. He appeared as General Frank Savage on Twelve O'Clock High with Chris Robinson and future U.S. Representative Robert K. Dornan, Peter Murphy/Mark Wainwright on The Man Who Never Was, Lt. Jack Curtis on Automan and Control on The Equalizer. Fans of Star Trek however remember him in particular for his portrayal of secret agent Gary Seven, a/k/a "Supervisor 194" in the episode "Assignment: Earth" (which was originally intended as the pilot for a spin-off series which NBC decided not to buy). He also had a notable appearance in The Twilight Zone episode, "The Long Morrow". His final role was that of "Paul Blaisdell" on the series Kung Fu: The Legend Continues. He had also been in the late-1950s sci-fi film "The 4-D Man" (which included a young Patty Duke.) Lansing had a son (Robert Frederick Orin Lansing) from his marriage to actress Emily McLaughlin; that marriage ended in divorce. About a year and a half later, he married Gari Hardy, but this marriage ended in divorce as well, although it produced a daughter (Alice Lucille) for Lansing. His last wife was Anne Pivar; they remained together until Lansing's death from lung cancer in 1994, at age 66. He was buried at Union Field Cemetery in Ridgewood, Queens, New York. 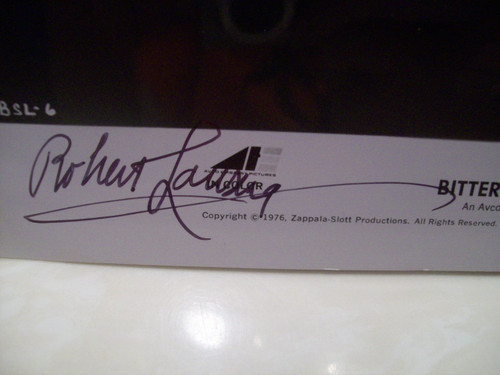