This is an authentically autographed photo by Martin Landau... This is a 8 inch by 10 inch black and white photo signed by Martin Landau, condition of the photo and autograph is very good. Martin Landau (born June 20, 1928)[1][2] is an American film and television actor. He is perhaps best known for his roles in the television series Mission: Impossible (19661969) and Space: 1999 (19751977). He received a Golden Globe Award in 1969 for his performance in the former, playing the role of mission specialist Rollin Hand. In 1968 and 1969 he received Emmy award nominations for best actor in a dramatic series for his Mission: Impossible work. In 1994 he won several awards, including the Best Supporting Actor Oscar for his performance as actor Bela Lugosi in Ed Wood. He had already received two previous Oscar nominations. 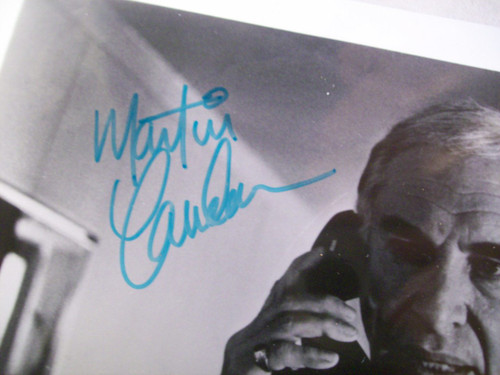