This item is an 8" X 10",black and white photo of Burt Lancaster in a scene from the 1975 Movie-"Moses The Lawgiver".Originally filmed for British television as a six-hour miniseries, Moses appeared in the U.S. in 1975 as a 2 1/2-hour theatrical release. God's lawgiver (Burt Lancaster) is chosen by God to deliver the Israelites out of Egypt, across the Red Sea and into the promised land of Canaan.The photo has been autographed on the front cover by Burt Lancaster...........BOTH PHOTO AND AUTOGRAPH ARE IN VERY GOOD CONDITION...... 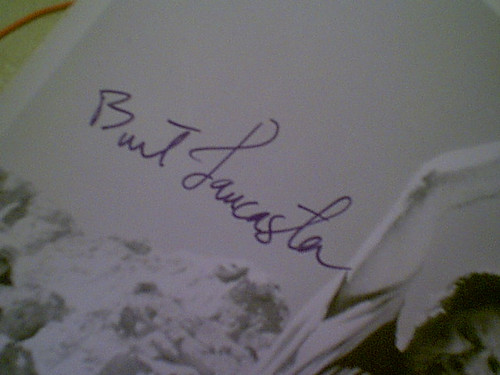