THIS IS AN AUTHENTICALLY AUTOGRAPHED PLAYBILL BY ROBERT KLEIN AND MADELINE KAHN... NEW FACES OF 1968-PLAYBILL-1968-PHOTO COVER IS SIGNED BY MADELINE KAHN AND ROBERT KLEIN-CONDITION OF THE SHEET MUSIC AND AUTOGRAPHS IS VERY GOOD. Robert Klein (born February 8, 1942) is an American stand-up comedian, singer and actor. Madeline Kahn (September 29, 1942  December 3, 1999) was an American actress, known primarily for her comedic roles. Director Mel Brooks  who directed her in four films  said of her: "She is one of the most talented people that ever lived... I mean, either in stand-up comedy, or acting, or whatever you want, you can't beat Madeline Kahn." 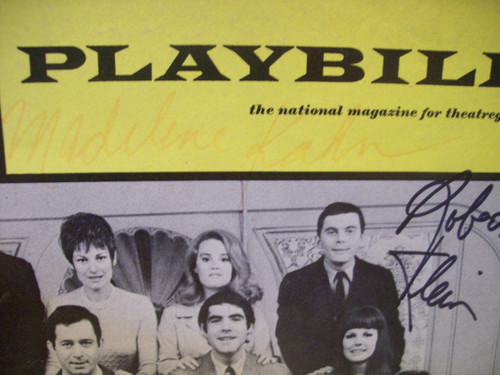