THIS IS AN AUTHENTICALLY AUTOGRAPHED PHOTO BY JACK KLUGMAN... THIS IS A 8 INCH BY 10 INCH BLACK AND WHITE PHOTO SIGNED BY JACK KLUGMAN. CONDITION OF THE PHOTO AND AUTOGRAPH IS VERY GOOD. Jacob Joachim "Jack" Klugman (born April 27, 1922 in Philadelphia, Pennsylvania) is an American television and film actor, known primarily for his roles in sitcoms, movies and television. He is best-known for his role as Tony Randall's sloppy roommate, Oscar Madison, in The Odd Couple shown on American television during the 1970s, and for his starring role in Quincy, M.E., in the 1970s and 1980s. He attended Carnegie Mellon University and graduated in 1948. In 1957, he appeared in the film 12 Angry Men as juror number 5 and is the last surviving actor who played a juror in that movie. 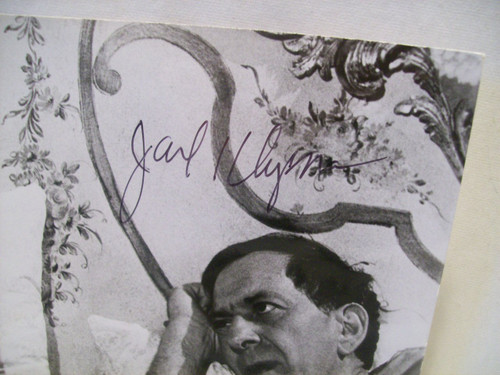