This item is an 8" X 10",color photo of actor Greg Kinnear.Gregory "Greg" Kinnear (born June 17, 1963) is an American actor and television personality who first rose to stardom in 1991. He has appeared in more than 20 motion pictures, and was nominated for an Academy Award for his role in As Good as It Gets.He has appeared in other notable films including Sabrina, You've Got Mail, Nurse Betty, We Were Soldiers, Little Miss Sunshine, Invincible and Green Zone. Notable TV roles include Friends and his Emmy nominated roles for Talk Soup, The Kennedys and Modern Family.The color photo has been autographed on the front by Greg Kinnear................BOTH PHOTO AND AUTOGRAPH ARE IN VERY GOOD CONDITION. 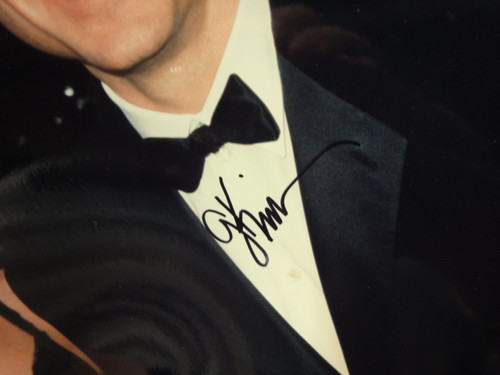