THIS IS AN AUTHENTICALLY AUTOGRAPHED PHOTO BY ROBERT F KENNEDY JR... THIS IS A 8 INCH BY 10 INCH BLACK AND WHITE PHOTO SIGNED BY ROBERT F KENNEDY JR. CONDITION OF THE PHOTO AND AUTOGRAPH IS VERY GOOD. Robert Francis Kennedy, Jr. (born January 17, 1954 in Washington, D.C.) is the third of eleven children born to Ethel Skakel Kennedy and Robert F. Kennedy and is the nephew of John F. Kennedy and Edward M. Kennedy. He is an attorney specializing in environmental law and co-host of Ring of Fire on the Air America Radio network. 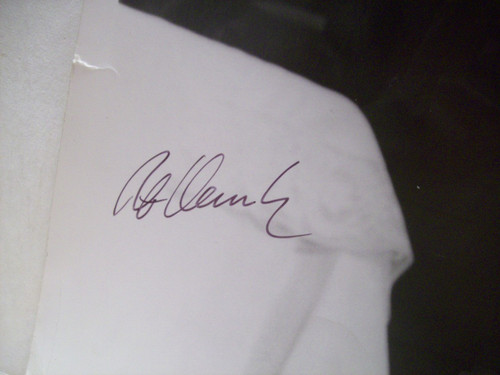