Jet Magazine-July 26, 1973-66 pages. This vintage Jet Magazine-which originally sold for thirty five cents-features a color cover photo of Vernon Jordan.The magazine also features an article with photos on Vernon Jordan.Vernon Eulion Jordan, Jr. (born August 15, 1935) is a lawyer and business executive in the United States. He served as a close adviser to President Bill Clinton and has become known as an influential figure in American politics. Mr. Jordan is an African American.The Jet Magazine has been autographed on the front by Vernon Jordan............BOTH MAGAZINE AND AUTOGRAPH ARE IN VERY GOOD CONDITION..... 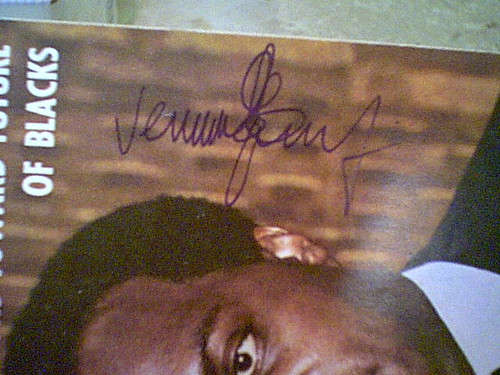