"Ask Me No Questions"-1981-Warner Bros-sheet music.For his follow-up to 1979's Academy Award-winning Norma Rae, director Martin Ritt re-teams with that film's star, Sally Field, for this gritty romantic road comedy. Reportedly Ritt's homage to Frank Capra's films of the 1930s, Back Roads stars Field as Amy Post, a no-nonsense prostitute in the deep South struggling with the fact that she gave up her only child for adoption. When Amy first encounters the recently unemployed Elmore Pratt (Tommy Lee Jones), she is anything but fond of the drifter. But after taking to the road together with dreams of California, the two societal misfits find themselves falling for each other. Ritt and Field would team together once again four years later in another romantic comedy set in the South, Murphy's Romance. The sheet music has been autographed on the front cover by Tommy Lee Jones and Sally Field................BOTH SHEET MUSIC AND AUTOGRAPHS ARE IN VERY GOOD CONDITION.......... 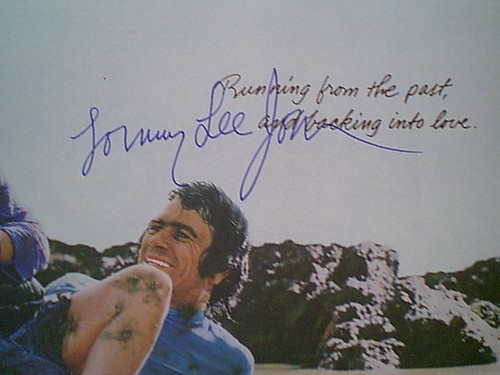